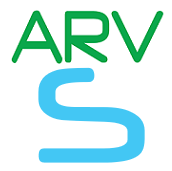 ARV Studio Lite (3.2) is a free version that can be used to create ARV trials/tasks.

Automate everything you can for your ARV projects - from tasking to the feedback phase, easy and fast. Well.. almost everything.. as you still do the self-judging part or having an independent judge to do it for you.

In new version 3.2 the built-in photo target collection designed specifically for the purpose of ARV, called the PREMIUM 1200 is extended to PREMIUM 1300 (100 targets added). Additionally, 50 photo targets from old collection were replaced with better targets. This will help to optimize the random target pairing algorithm, called ARVOPTIMAL. The algorithm is now able to further improve on dissimilarity of the randomly selected photo targets for each target pair. This consequently optimizes the remote viewer's ARV performance. With using 1300 targets, ARVOPTIMAL is able to create 358 thousand of different binary ARV photo target pairs.

Some of the video guides:

- create binary ARV with sending an email to independent judge to analyze your session: https://arvstudio.page.link/create-standard-binary-ARV-selftask-indep-judge

Note that Lite version does not have all features and ARV protocols as full version. With new version there is a promotion period and 30% off for the full version, until 7-May-2021.